Bow thruster on a sailing boat 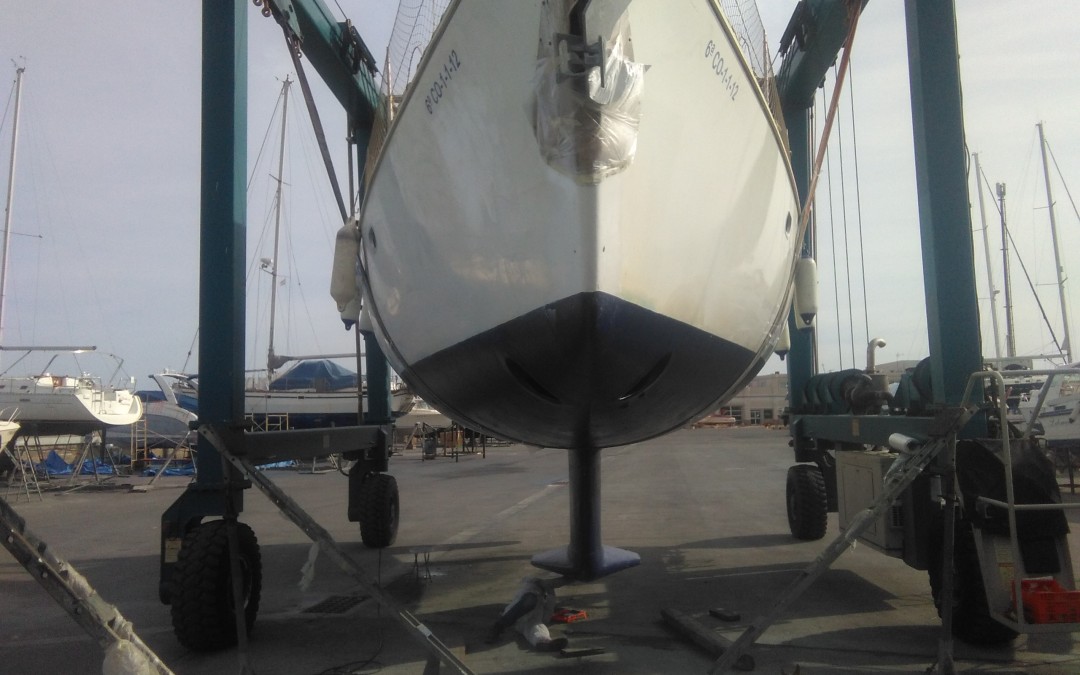 Mounting the bow thruster on a sailboat rental . The work will relate in this post, is the installation of the propeller maneuver, almost necessary on boats over 44 feet, at least in terms of charter boats is concerned, in this case we have installed on a sailboat rental Ibiza , a Sun Odyssey 51. Originally these yachts usually mounted a series , but in this case not installed , even not even have a pre-installation or marks of origin.

The first step is to select the propeller , there are several brands that offer different models and different powers. Manufacturers have tables and their catalogs to choose because the model we need, surely , after a few small stones they propose, we will have more of a model that can fit in, and depend on the power price also wish the team . 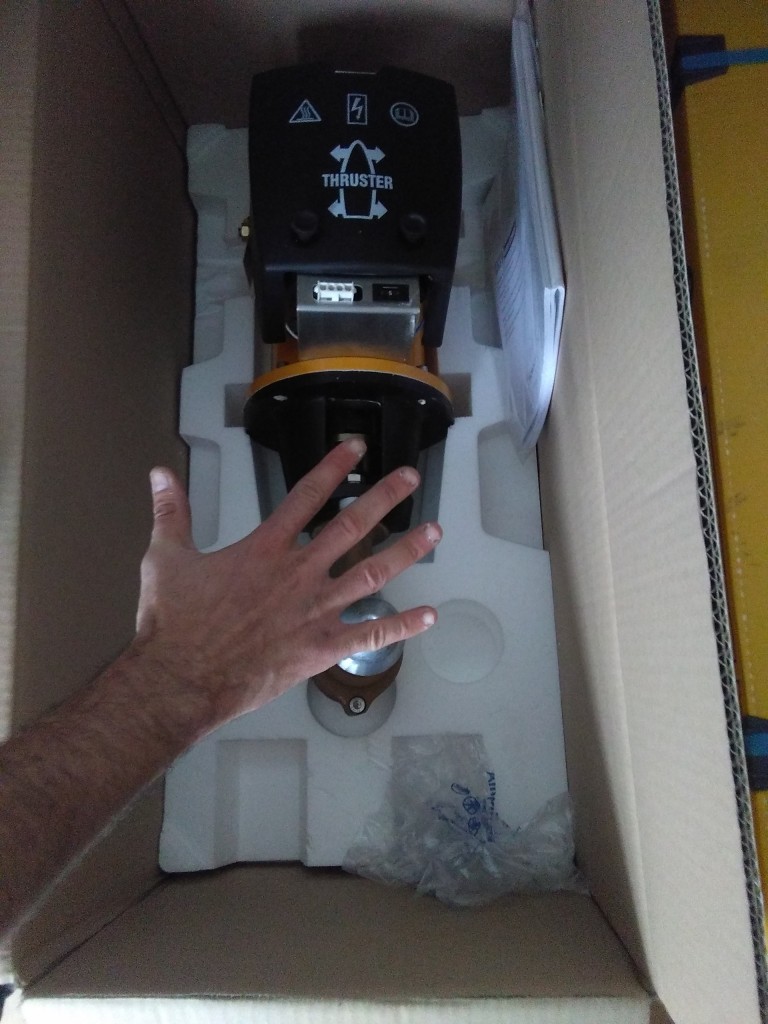 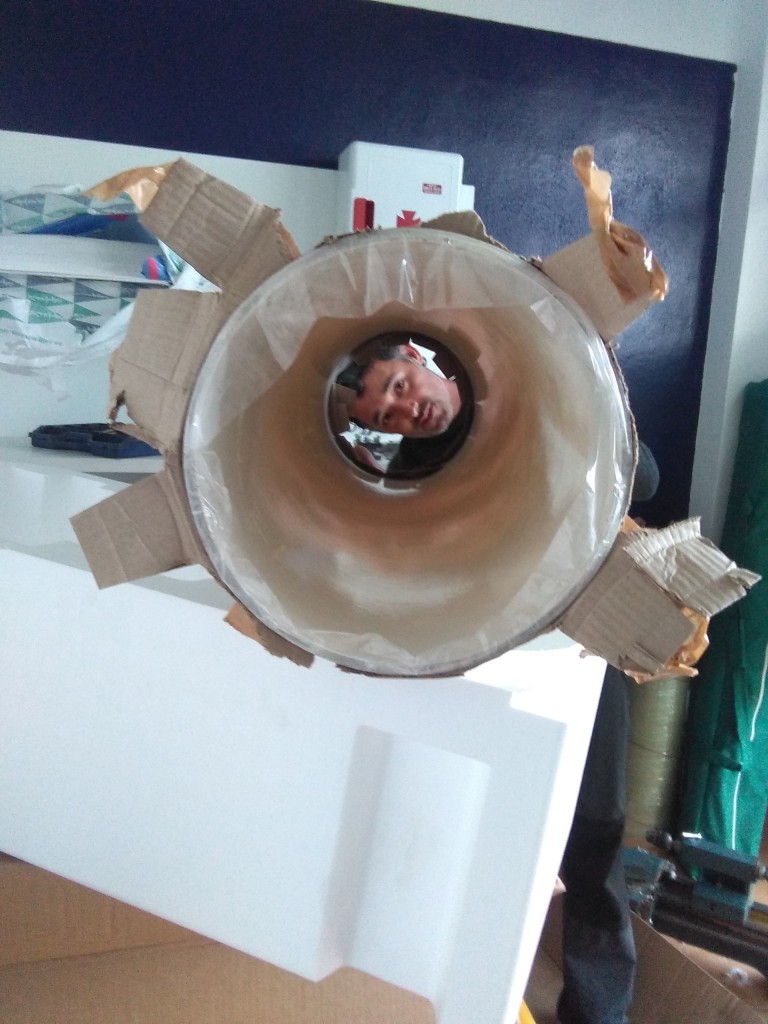 In our case we chose the most powerful among the options, one Vetus 125-12v, 125 kilos of thrust and 12 volt motor. This model needs a tunnel more in diameter than normal, which means more difficulty to choose the place, because the manufacturer recommends leaving at least within distance between the tunnel and the water surface, but still , although somewhat tighter could be mounted. Once the boat in dry dock, the process begins by determining the exact point where to place the tunnel through the hull, not only to determine the height above the waterline if the indoor location, where we have space for the tunnel and motor. In principle, the right place is as far forward and as deep as possible, within the possibilities offered within our sailboat. When pointing the mount point, in the case of Sun Odyssey, having a very flat hull was little space underneath the tunnel to the hull lamination. Another difultad more found in the Sun Odyssey was the longitudinal reinforcements were right in the middle of the tunnel, and had to be cut to relaminarlos placed after the tunnel. After a series of measures within the sailboat that will determine the center point of the tunnel, so stay quite deep. To draw the cut helmet where it will stay the tunnel holed central previously marked on both sides, from elexterior introduce a useful consisting of a exacatamente open metal rod bent at one end in a U shape, the outer radius of the tunnel so spin it that draws a circle on the horizontal but developed in the hull, which draws an ellipse. The next step is to cut the gap, for which, depending on the helmet can be done with a simple jig or, in our case, being quite thick hulls, did Agugeros with drill over the contour of the ellipse, and little just cut the hole, all I had to review them after cutting so irregular cut. 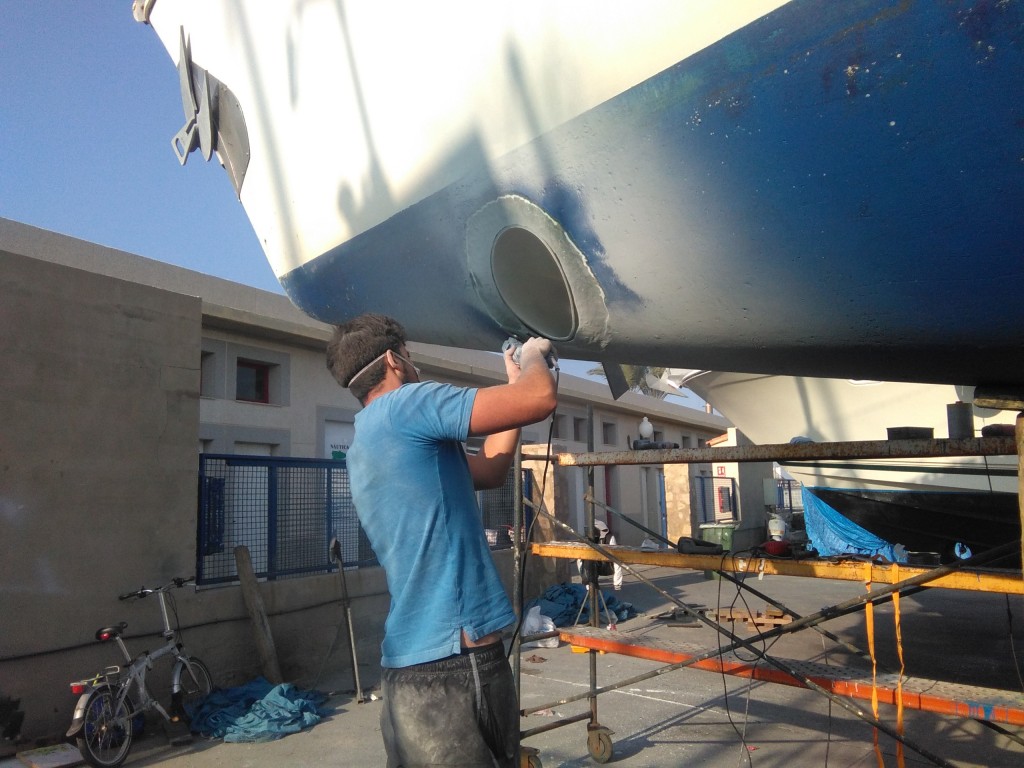 We then present the tunnel that is one meter long, and mark where we must cut it so that it is flush with the hull. Before laminating , we contour sanding hollow inside and out to reach the fiber , to ensure a gripping surface of the new resin , as made ​​in interior and exterior surfaces of the tunnel. 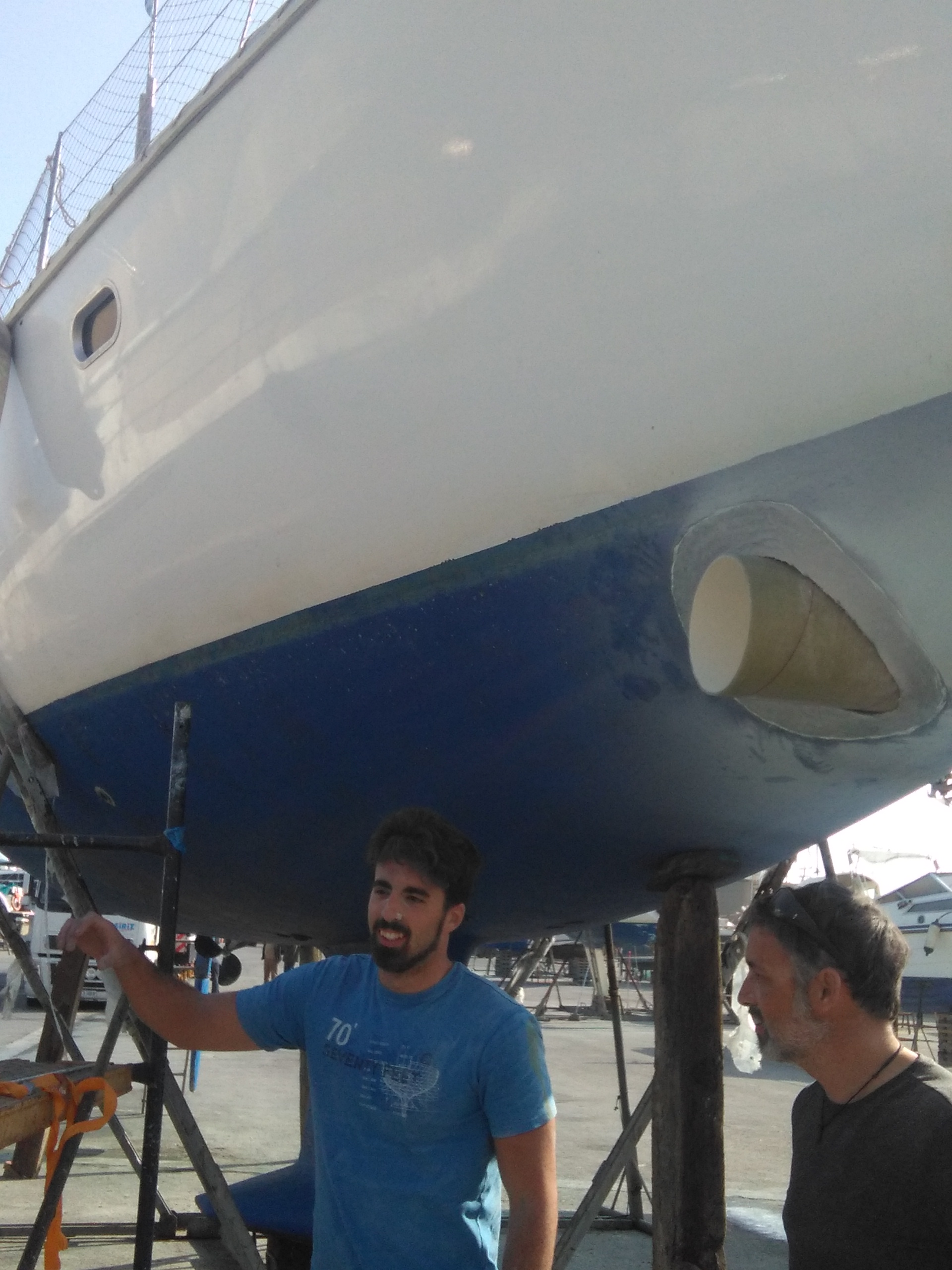 And at this moment we begin to be rolled, first prepare a putty polyester resin rather dense and aerosil , which is nothing more than silica powder to thicken the resin to the desired point and can take more or less . This mastic apply throughout the interior union creating a fillet radius qto avoid sharp corners where fiberglass fabrics could not adapt well , and above this putty laminar started with an overlap of about 15 cm . On the outside is something more difficult because they must adapt to a very sharp angle so we apply a lighter weight fabrics that allow greater bending . They were glued webs 12 and 9 inside the exterior . Once hardened we reconstruct the original reinforcements to the tunnel foam laminate and laminate them so as one piece reinforcing hull and tunnel. 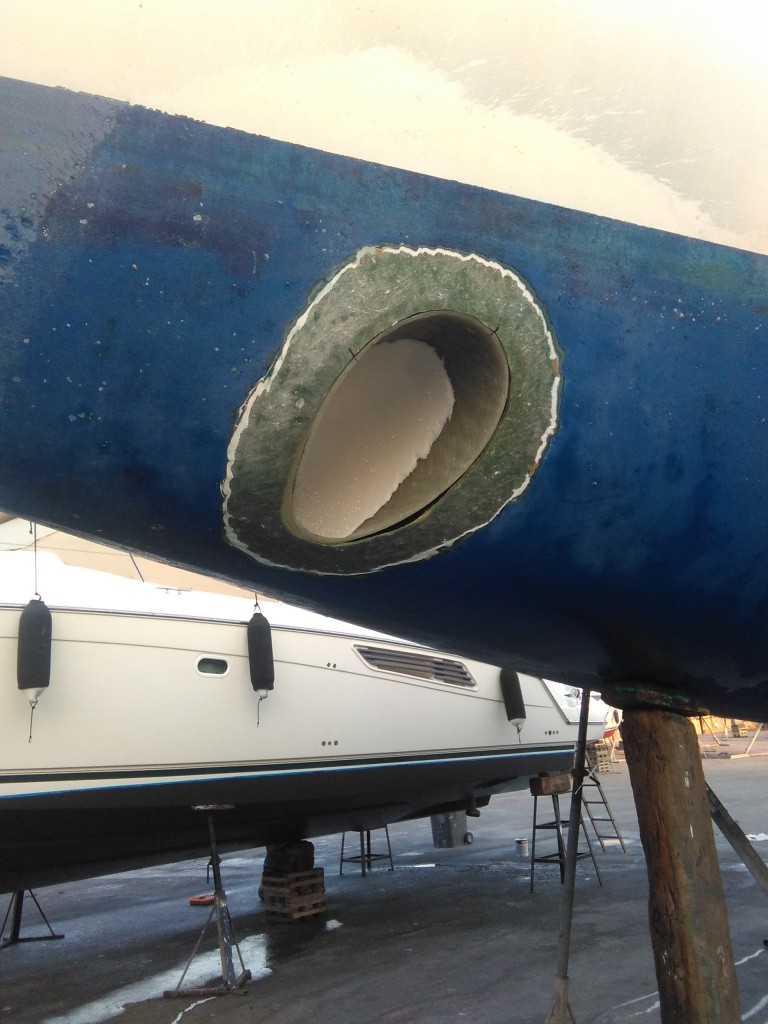 The last step of the installation of the tunnel is caulk the outside to let it smooth, with epoxy putty as it is submerged part . After the final sanding give you an epoxy primer and finally also the antifouling. This concludes the work of laminate. 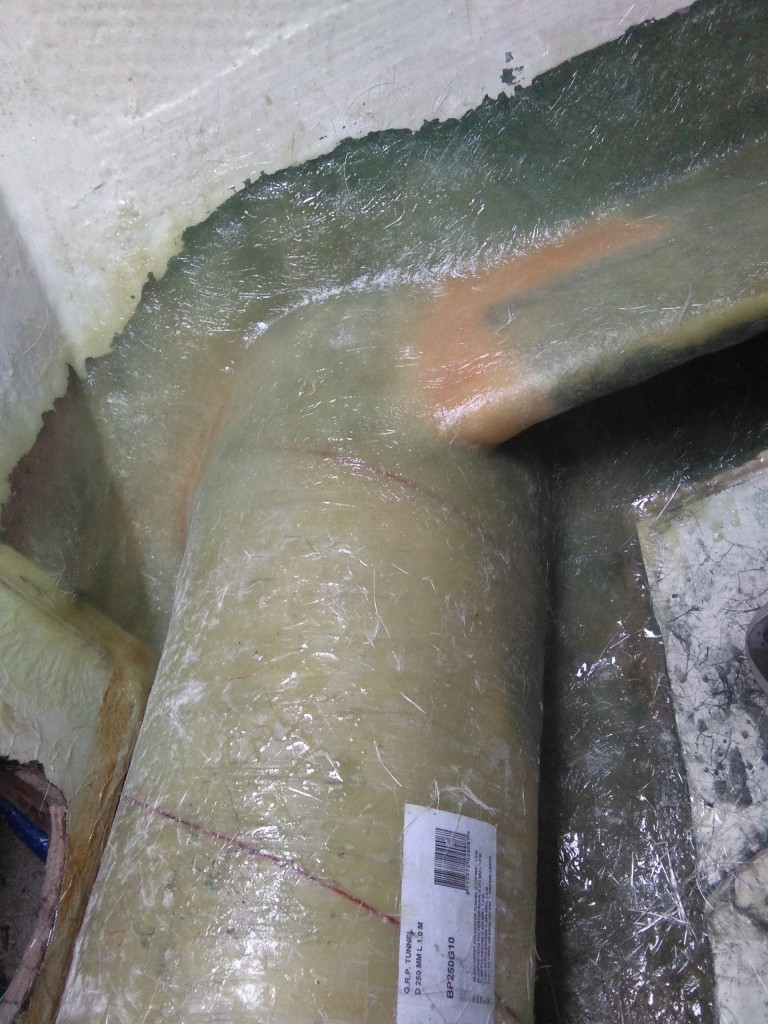 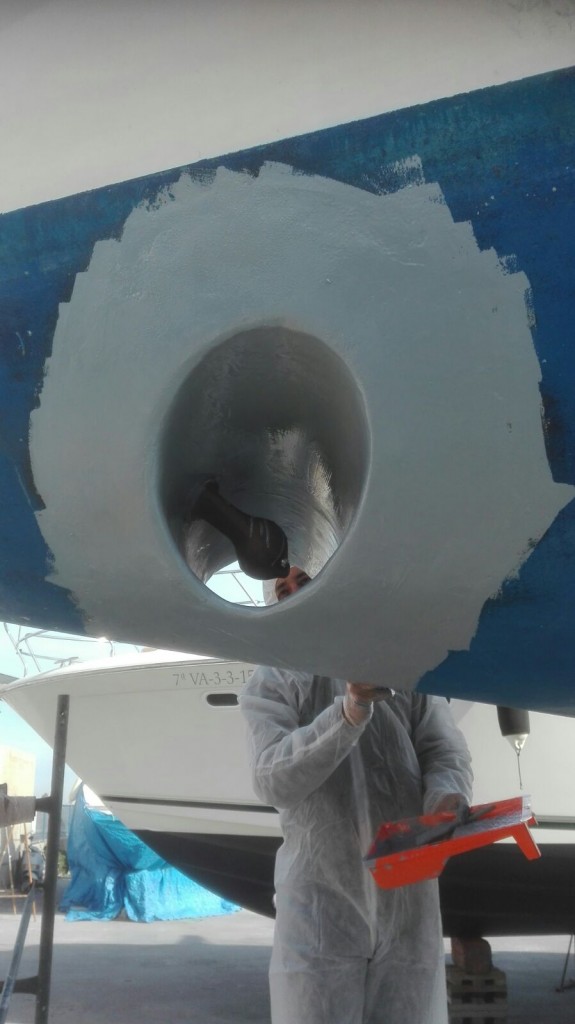 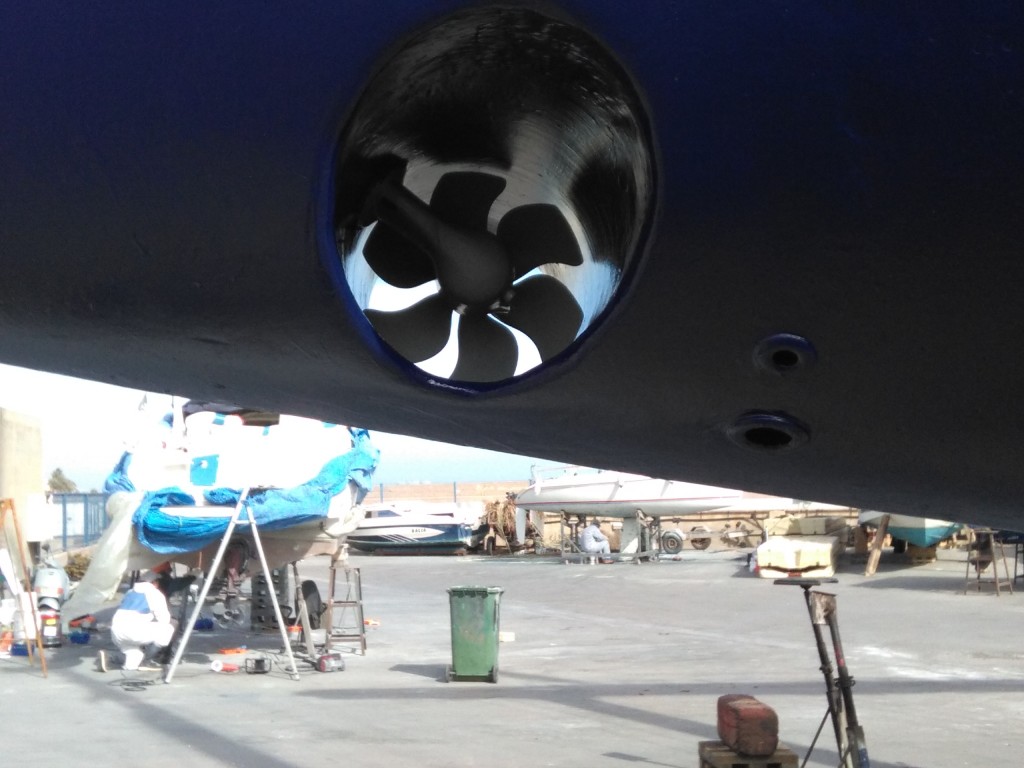 The next step was the electrical installation, which consists of incorporating batteries bow near the equipment, a disconnect switch and a fuse. Originally this place came to power cables anchor windlass, which fed on the service batteries. Now they feed on these new batteries, and above cables will only bring the engine alternator charging the batteries. This is a big improvement, because now the route of the cables carrying all electrical power and not have to go through the whole ship, just one and a half, thus avoiding losses of electric charge. We may increase the cable section to avoid further loss, which previously assumed many meters of cable. Another improvement we have introduced, is that both the propeller and the turnstile will only work when the engine is running, this is usually the case in modern boat but ours had not anticipated. To achieve this we have only caught a wire to the alternator output to feed the controls of both teams. 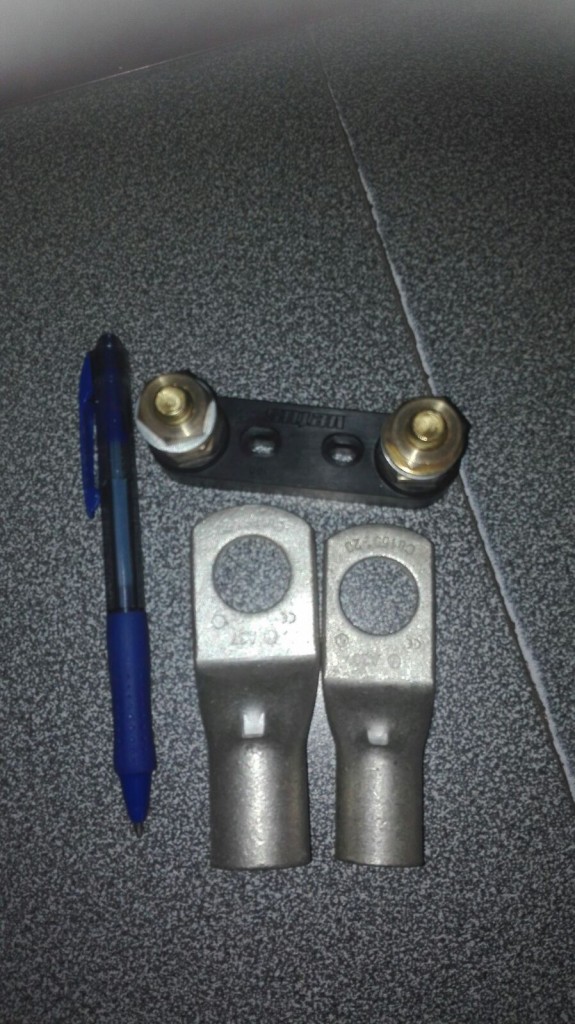 When installing a new battery bank we also meet the need for another load output from the engine, and we only had two originals of the diode bridge. To solve this we could change the battery separator by one with three outputs or, as we did, install another parallel separator, from where the power cord load mentioned above. The battery cables we were supplied were of a section of 150 mm2, for whom an idea is not made the battery cables car usually have between 25 and 30, so we’re talking about so fat cables and two thumbs, and an equally large and difficult to crimp terminals. So much so that the clip we had to press battery cables not reach more than 90 mm2, so we had to make a hexagonal matrix with a hydraulic press to press this size cable. This is what meant more entertainment throughout the facility without a doubt. Once everything ready and mounted the final part, which is screw the tail propeller and engine tunnel arrives. This operation has to be performed very precisely, so that it is perfectly aligned longitudinally of the tunnel, so after a long time of measurements and mark the holes drilled with a crown. We check that it has been properly aligned presenting the mechanism and rotating the propeller by hand to check that it is properly centered and does not touch the tunnel anywhere. Any small mistake in the lineup just two millimeters would have left the tail propeller rotated by moving its center. 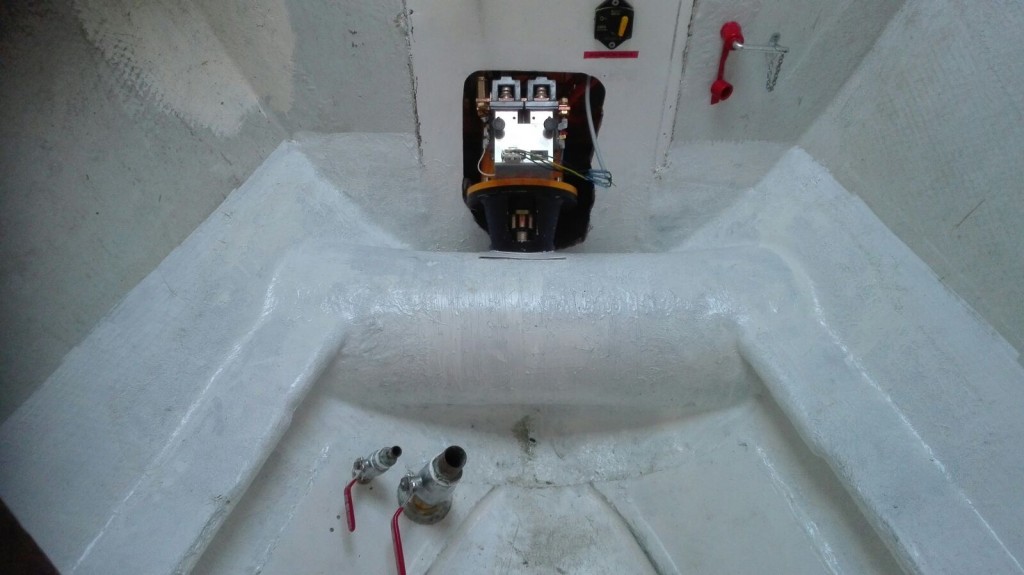 And checks made ​​definitively screwed with its fair share of sikeflex on both sides. Finally it is take the control cable to the wheelhouse , which was pretty easy on this boat because they are all quite accessible holes. And once the controller installed in a comfortable place for management is to test the whole system, and see that rotate properly on either side , it could have happened that the command works in reverse , sending port and turning starboard , in which case there would only be permute the cables that activation of the electric motor relay . Once the boat in the water was shocking to see that force pushes the bow , indicating it was good right choice this power for our sailboat . Now as charter boat has been much more maneuverable , and this summer in Ibiza sure I thank each of the customers who will navigate this sensational sailboat. 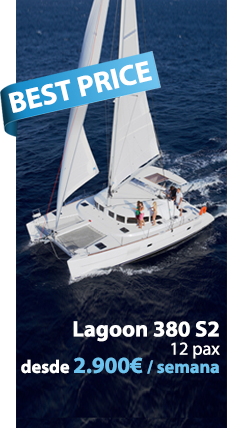 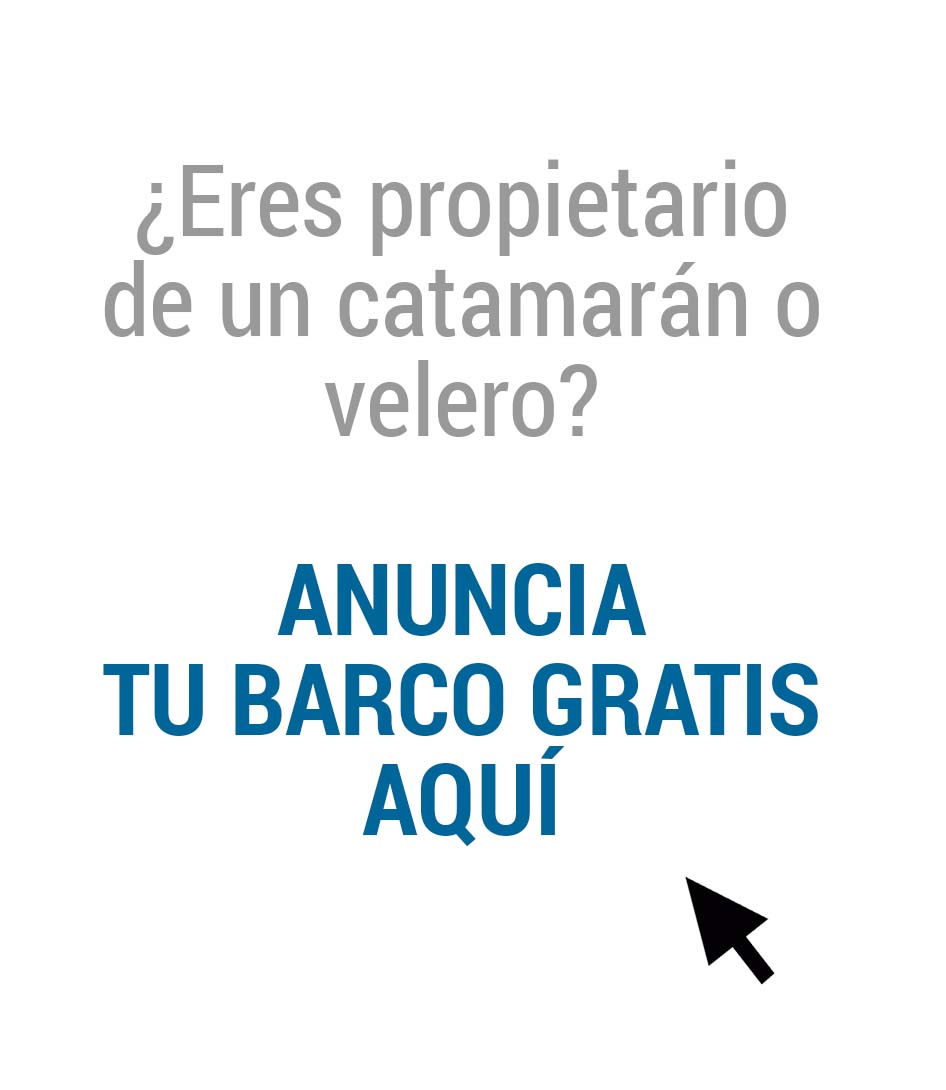 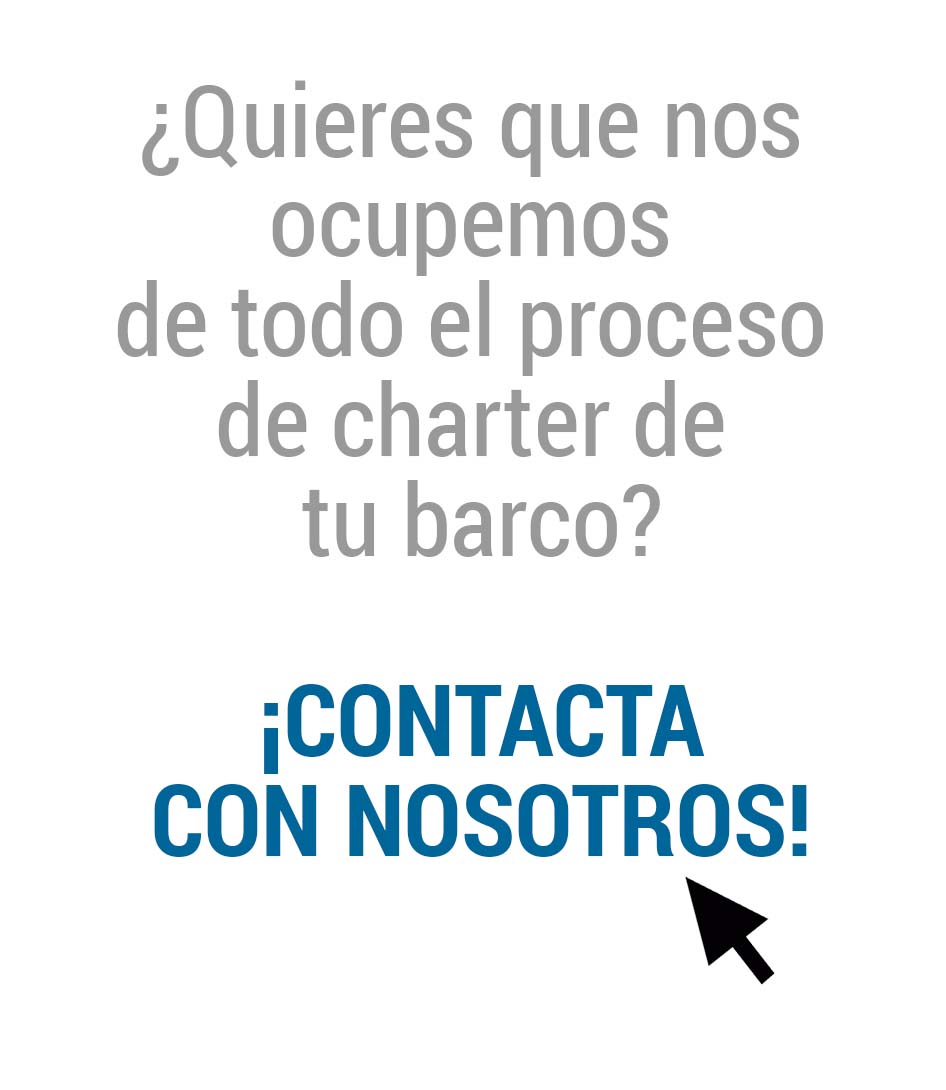